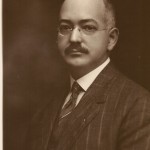 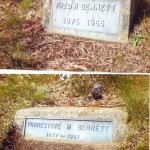 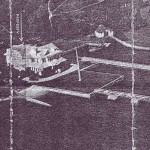 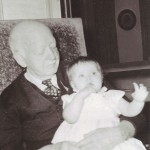 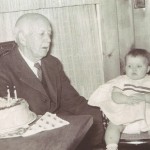 Once upon a time, there was a man named Frederick H. Bennett, and he had a vision of a replica of Joseph Urban’s beautiful Gingerbread House built at the site of his historic Wheatsworth Mill. He loved the stories of the Brothers Grimm. He had an interesting life and was unafraid of challenges and adventures, and he was passionate about the science of nutrition.

Fred Bennett’s story is the most important one of all to tell. With the help of his family, we will attempt to do it justice on this page.

Here is the first attempt to present the story of Frederick Bennett, the hero of the tale of the Gingerbread Castle. Fred’s family has shared the precious photographs that you see on this page.  Images of Fred, his son, grandson and great grand-daughter Kim,  his grand-daughter Valerie MacDougall, his final resting place beside his beloved wife Forrestine,  in Marion, Massachusetts, and a picture of his magnificent estate on Buzzard’s Bay.

The Bennett family was something very special in the early 1900′s  and remains so today in 2012.

Fred and his two brothers all lead remarkable lives of achievement, we know less about the achievements of their sister, Aimee. So, essentially, there is a bigger story about Thomas, Frederick and Harry.

Thomas is credited with being a pioneer in the medical field of Anesthesiology.

Harry was an adventurous sort, and brought his find, Tung Oil trees to the United States.

Fred’s father was a music teacher and had traveled to New York City where he heard George Frederick Handel’s Messiah.  That is where his name “Frederick Handel Bennett” came from;  a man inspired by a performance — this will happen again in the story of Fred’s life.    The naming story was passed down from his daughter Muriel, recently deceased in 2011, to his great grand-daughter, Valerie Bennett Anastosopoulos.

Fred lived a remarkable life and amassed significant wealth with his baking company, Wheatsworth, Inc. He created major brands at the earliest stage of “brand” in anyone’s life, and sold his company for millions to the National Biscuit Company, later to be re-branded Nabisco.      He had several homes:  Park Avenue in New York City, Miami Florida, Philadelphia, Pennsylvania as well as in Marion, Massachusetts.

His home in Marion was truly magnificent. It was a property known as the Rhodes Estate, a beautiful mansion on Buzzard’s Bay, with an adjacent property “Cranberry Gardens”.

Besides his time in Hamburg, New Jersey (Population 3,000) he spent important time in Byron, Maine (Population 400) which was the site of one of his commercial endeavors. There he mined a fertilizer, called rottenstone or “mendearth”, in an area known for the unique opportunity for east coast, river-gold-panning, which still is a feature today.

Fred and his brother Thomas had run the Bennett Baking Company which is credited with the creation of the Maltoid Dog Bone, this later changed into the Milk-Bone, dog bone shaped Biscuit. The rest is history, as this is still sold 100 years later.

Fred had a beloved  beagle named Woodtick; his love of dogs must of helped with his adventure with Milk-Bone, as his great -granddaughter reflected when supplying this information.

Fred was a visionary when it came to healthy eating and importance of  whole wheat. His grandchildren recall he was always typing letters to various places. What is amazing is that one day, one of his answers came from John F. Kennedy.  If you read the inscription at the bottom, Fred has carefully annotated the letter. 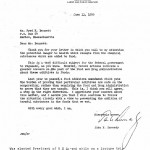 A Reversal of Fortune

Several things happened which caused a change in circumstances.  A hurricane impacted his mansion in 1934. More concerning was that he was sued in a patent infringement case, details unclear, and lost all of his wealth and his properties, as well.

He was a little Grimm 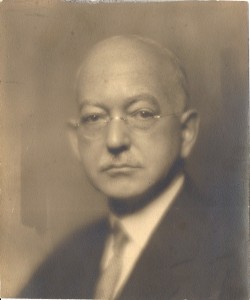 Fred loved the Grimm’s stories and had heard them as a child.

As an adult, he had the resources to visit the opera and witnessed the Metropolitan Opera’s Hansel and Gretel, with scene design by the artist, Joseph Urban.  He approached Urban, one of the busiest and most prolific artists of his age, about a commercial project to re-create the “Gingerbread House” at an industrial site in a tiny town in New Jersey.  He created a landmark celebrating both Grimm’s Tales and his passion for nutrition – the Gingerbread Castle.

He is remembered as a serious and stern person. Likely, Fred was likely an introverted man of creative and magnificent ideas.  Examining the facts of his life, Fred was born on a magical day, Christmas, in a place known for witches and magic – December 25,1875 in Salem Massachusetts.

Maybe that was a sign of things to come?

All of his grandsons, mentioned that he had a penchant for sweets.  A Gingerbread Castle must have been a real dream to him.  His family recalls that in his big desk in Marion Massachusetts, he had a secret, sweet stash of cookies and sweets from which, Oreos were eaten like jelly beans, and Chips Ahoy and Kraft Caramels as well.

Fred had a love for Nabisco products. The Nabisco Company had Oreo and Chips Ahoy, and also a Kraft Caramel love (Kraft would later buy Nabisco) which is both sweet and ironic.

Fred’s grandsons recall that taking cookies uninvited from the stash was a “no-no” while Fred’s grand-daughter had free reign to consume the sweets at will.

His great grand-daughter, Valerie, reflected that he always wore his wool hat which she can be seen sporting in his kitchen circa 1960.

At the end of his days, Fred, a widower,  lived with his daughter, a widow, and was like a father to his grandson, Bill MacDougall.

He died on October 25, 1965 and uried in the Evergreen Cemetery in Marion, Massachusetts.

The Grimm’s would say:   Once Upon a Time there was …

A sweet man who loved dogs and children and built Hamburg’s Gingerbread Castle.

“It seems Mr. F.H. Bennett, who died only a few months ago, unwittingly carved a legend in stone in Hamburg that will serve as his memorial and endear him to the hearts of youthful visitors for many years to come”

May his memory be eternal.

One thought on “A Man Who Loved Fairy Tales”