Before the world recognized the power of branding, Fred Bennett was figuring out ways to get people to pay attention to his products and created cross marketing approaches. The F.H. Bennett Biscuit Company had created a novel way of manufacturing and selling dog biscuits. While the biscuits were not made at the Hamburg site, the genius that made a simple twist on a fairly new product, was just getting starting with his marketing magic. 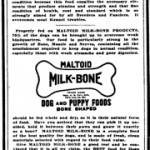 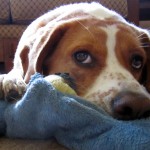 Thinking About Having a Milk-Bone 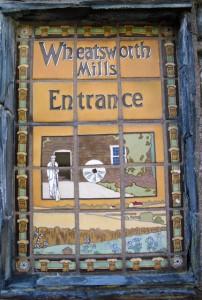 The purchase of the old mill and the opportunity to produce a whole wheat flour, which was more nutritious than refined white flour, was taking an old idea and focusing on an new aspect, essentially the lost goodness of the flour substance itself. 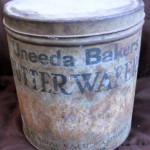 Later when the National Biscuit Company (started in 1898) bought the Bennett Baking Company, two marketing geniuses were married together.  National Biscuit had a long standing Uneeda Biscuit campaign and it’s unique packaging arrangement, made for a better product distribution channel and an inescapable image the Uneeda Biscuit Boy, a real boy named Gordon Stille had posed as the model for this image.

This image is provided courtesy of Mr. Charlie Brown, who runs the Inner Seal Colophon, a collecting society for Nabisco and related brand collectible items. 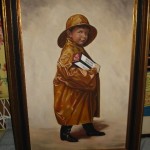