If you have personal stories, souvenirs, photos or movies to share, please contact the project librarian by posting to this site. Or join in the conversation on Facebook: Gingerbread Castle Memories

Additionally, we hope the history and significance of this wonderful landmark will inspire new artistic endeavors. If you create something special, we hope that you will share it with this digital library to add to the legacy of the Castle. 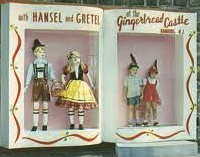